skip to main | skip to sidebar

Winter in April and New artwork

Each day of every month living in Modoc for over 30 years is different. We had spring to summer for awhile and now that it is April we are having winter.  It snowed a couple of inches here yesterday and was melted before nightfall. Its been kind of a nice break from digging up weeds and grass in the garden. I have finished a couple Acrylic paintings on  slabs of a rock called chicken tracks. At least, that is what my father called it. Every rock hound seems to have a different name for the same rock. It is a porous rock making it difficult to paint on. The rock has upraised forms on top of it that look like the toes of a chicken but they are lost when the rock is cut into slabs. The two pictured have antelope on them. We do seem to have a few antelope stay around thru the winter but the larger herds should be here now and I can hardly wait to go out with my camera to try for some good shots for painting. Speaking of chicken tracks, I'm posting a photo of some of our chickens. It is so hard to get a good photo of them. They are so busy being little rototillers and eating bugs that I have to make all kinds of silly noises to get them to look up. So, this photo is as good as it gets for now. A photo of Orion was taken yesterday late afternoon after the snow melted. He is such a sweet guy. We used to have lots of lamas but since we have retired  we are down to just three.  Pictured also is two older rock slabs with Native American pottery and a mare and colt portrait. Note: the mare and colt are painted on Halite which is used for making jewelry as well as the other rock slabs but it is interesting that is often dyed to imitate turquoise.

My next project is going to be a regular painting either in acrylic or oil and going thru photos to make a decision is difficult. A full size painting for me is a challenge. I think my last painting was in 1996. Doll making is still on hold but they keep picking away at me. My polymer clay is vacuum sealed so it will stay good awhile. 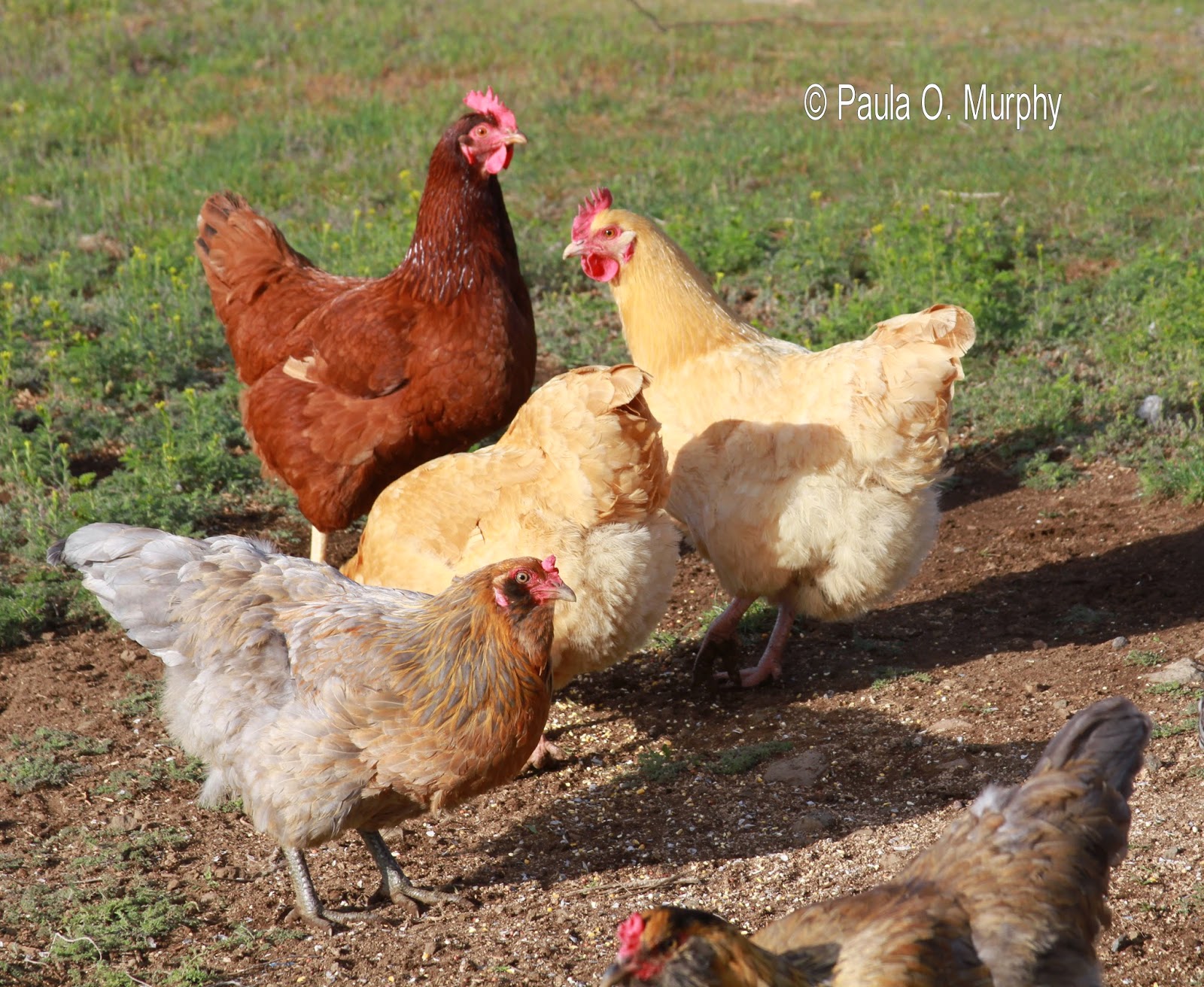 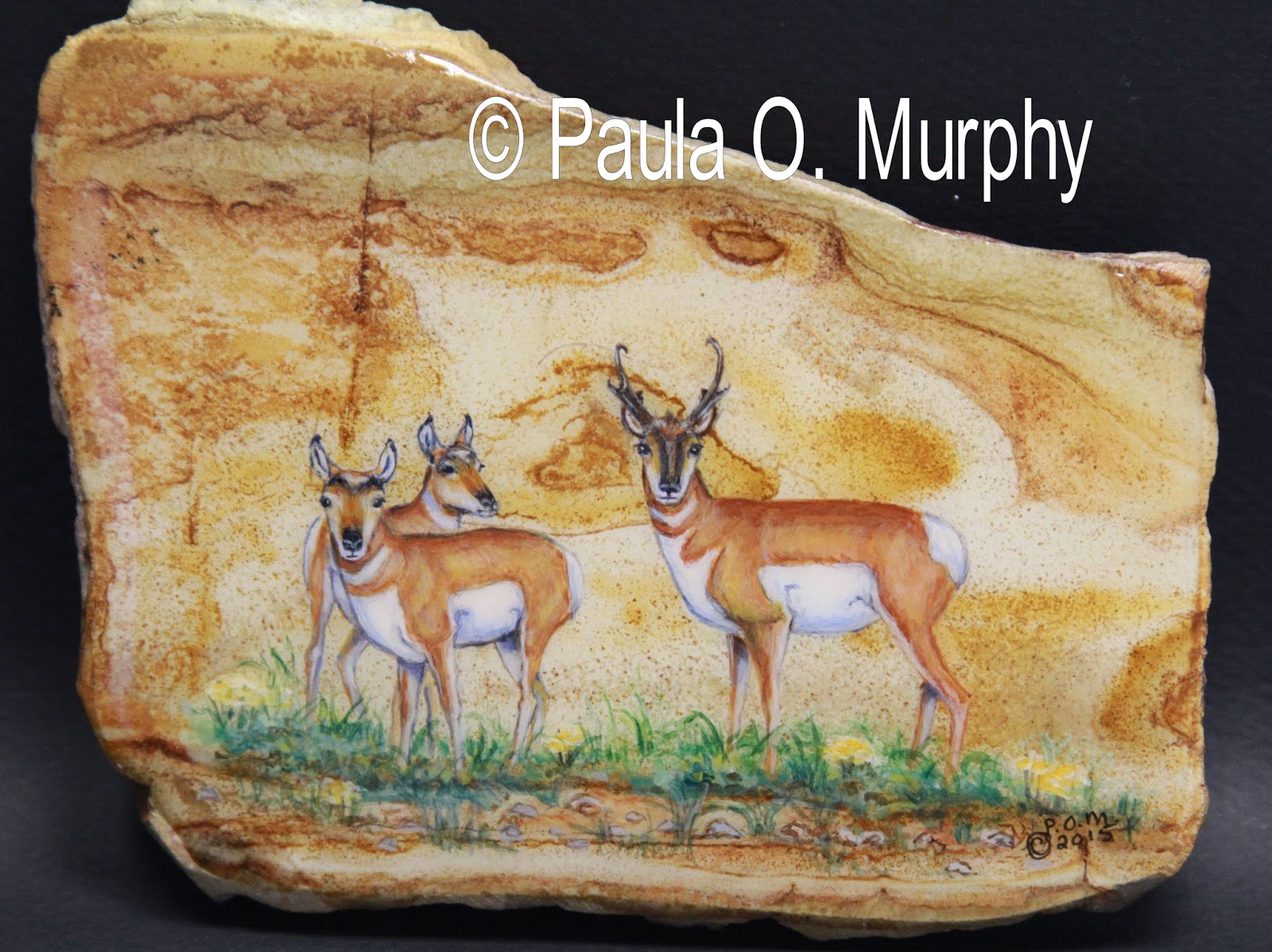 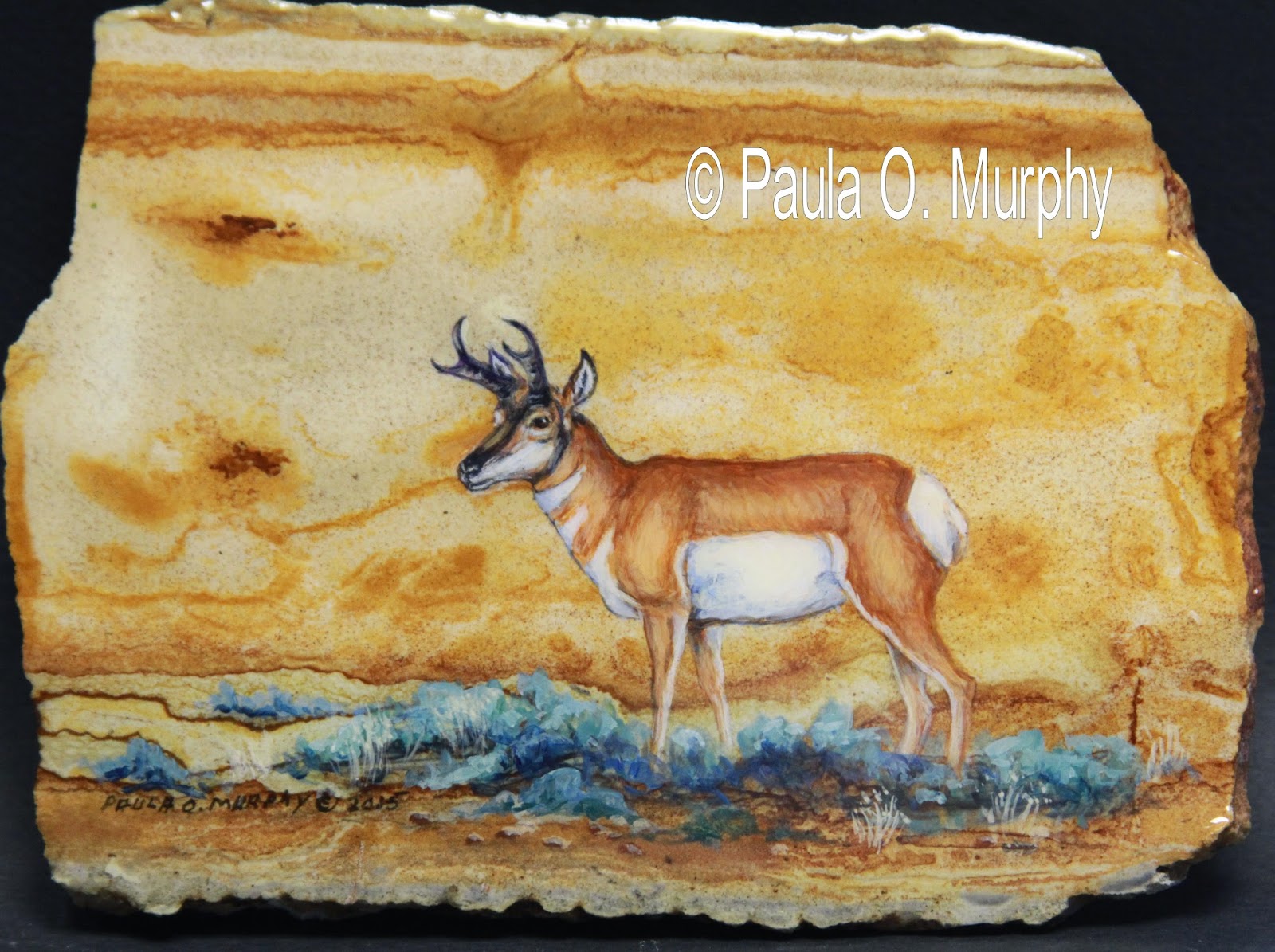 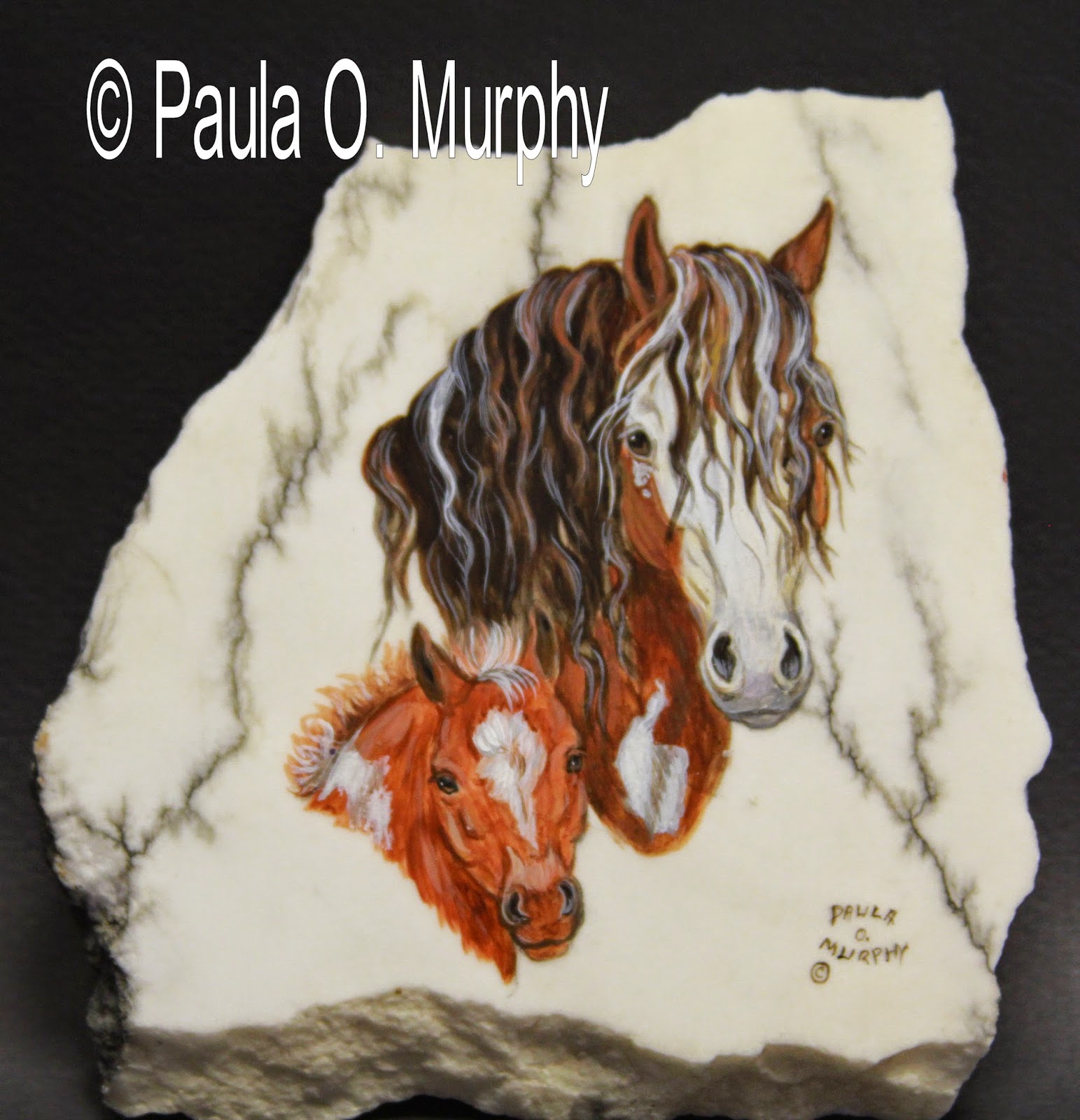 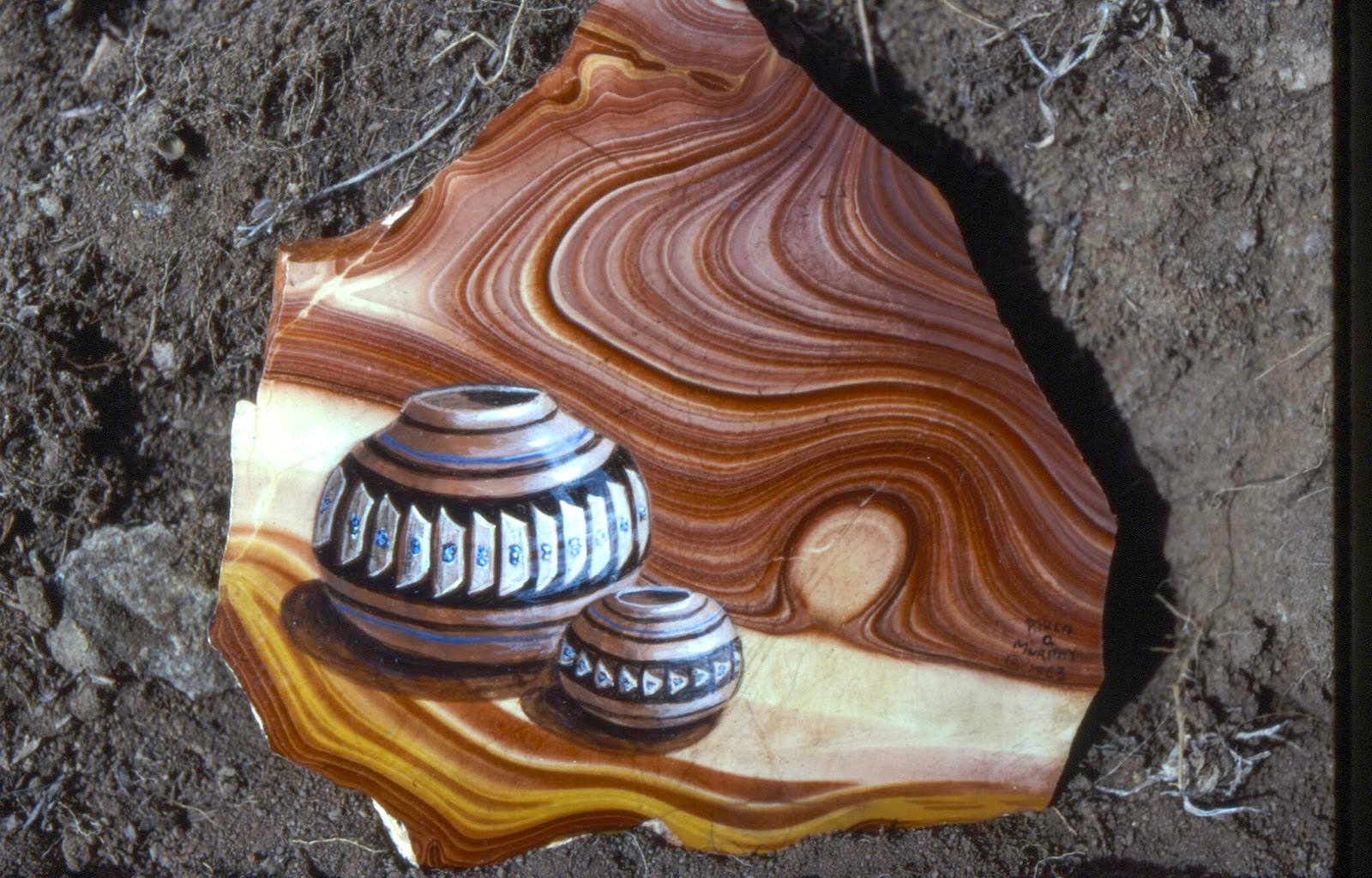 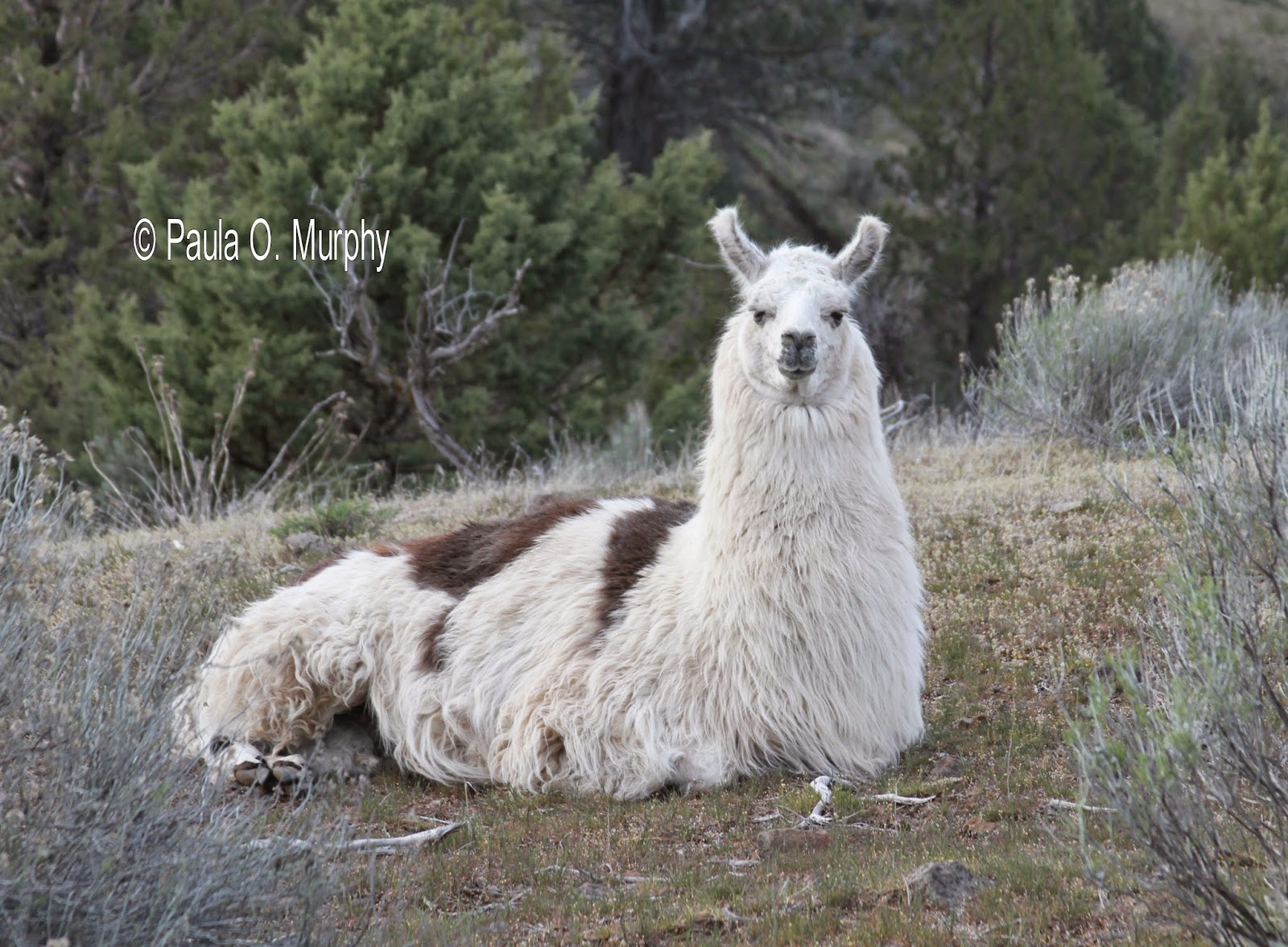